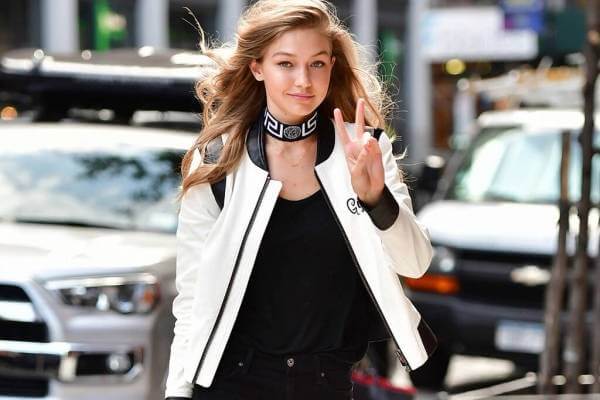 Gigi Hadid Net Worth: Gigi Hadid is an American fashion model and media personality from Los Angeles. Her net worth is $29 million.

Gigi Hadid has quickly become one of the highest-paid supermodels in the world. Sources like Cosmopolitan note that she makes around $9 million every year thanks to her contracts with companies like Maybelline, Vogue Eyewear and Tommy Hilfiger.

In 2017, she stood as the fifth highest-earning supermodel in the world, as she took in $9.5 million that year. The highest earner that year was Kendall Jenner, who raked in $22 million. Gisele Bündchen, aka Tom Brady’s wife, was a close second with $17.5 million.

Other online sources like Celebrity Net Worth notes Gigi’s worth at $19 million, but we believe Gigi Hadid’s net worth is closer to $29 million (thanks to her yearly salary). Definitely not bad for a woman who hasn’t reached 25.

Jelena Noura “Gigi” Hadid was born on the 23rd of April, 1995, in Los Angeles, California. She is the oldest daughter of Yolanda Hadid and Mohamed Hadid.

Gigi’s younger sibling Bella Hadid is also known for their model work. They sometimes do sponsorships or advertising together as well.  Hadid’s father is Palestinian-American and her mother is Dutch-born American.

Gigi Hadid attented Malibu High School. Here se where she was a captain of the volleyball team. After her graduation, she moved to New York to focus on her modeling career. However, in 2013 she stopped her studies to focus solely on her career.

Being the oldest child of a very prestigious family; Hadid was always going to succeed. She made her debut runway walking in Desigual’s runway show in 2014.

Following that year she appeared in Tom Ford’s eyewear campaign. Another milestone for her was in January 2015, when Maybelline named her as their brand ambassador. This was a huge success for Hadid. Her first appearance on the runway for Victoria’s Secret’s Fashion Show was in 2015. If this wasn’t enough, Tommy Hilfiger’s announced her as the global brand ambassador for their brand as well.

She went on to collaborate with designers all over the world. She debuted at New York Fashion week the following year. Hadid told Vogue that she felt too nervous. At that ime she didn’t had enough self-confidence to succeed. She officially earned her Victoria’s Secret’s wings when she did her second appearance on the show the following year.

She made her debut in the Top 50 Models ranking at Models.com. Right now she has signed a contract with IMG Models (just as Paris Jackson and Emily Didonato) and is known for being one of the best models in the fashion industry. Hadid has collaborated for designers including Chanel, Balmain, Marc Jacobs, Fendi, and Versace.