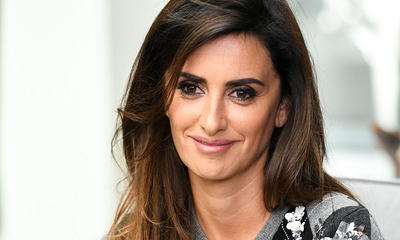 Penelope Cruz Sánchez was born in Madrid on April 28, 1974 to Eduardo Cruz, a retailer, and Encarna Sánchez, a hairdresser. She is a world-famous Spanish actress and producer, and has a net worth of $55 million.

She is Spain’s first female actress to ever win an Oscar and is currently thought to be one of the world’s best actresses.

The Life of Penelope Cruz

As a toddler she liked to re-enact TV commercials for her family amusement. At an early age, she actually focused all her energy on dance. After studying classical ballet for nine years at Spain’s National Conservatory, she continued her training under a series of prominent dancers.

At 15, however, she entered a talent agency audition and bested 300 other girls. Thanks to this audition she landed several roles in Spanish TV shows and music videos. This helped her a lot for her first role on the big screen.

She also did a lot of sponsorships. In 2006, she worked together with L’Oréal Cosmetics, and she has also been seen in some commercials, for example with Nespresso.

Her first movie debut was in the movie ‘’The Greek Labyrinth’’. After that she also briefly appeared in Timothy Dalton’s thriller Framed. Her third film was the Oscar-winning Belle Epoque (1992). In that movie she played one of four sisters vying for the love of a handsome army deserter.

Live Flesh offered her the chance to work with renowned Spanish director Pedro Almodóvar (who would later be her ticket to international fame).

Cruz her first big international hit was Almodóvar’s All About My Mother (1999), in which she played an unchaste but well-meaning nun. As the film was showered with awards, Cruz suddenly found herself in high demand, on both sides of the Atlantic. After that movie she started to receive bigger and bigger movie roles.

In 2001, she got one of the leading roles (together with Johnny Depp) in the movie ‘’Blow’’. In that same year, she was also seen alongside Tom Cruise in the movie ‘’Vanilla Sky’’. I have a bit of a soft spot for Western Movies, so my favorite movie was definitely ‘’Bandidas’’. Here Penelope Cruz turns into a bank-robbing bandit together with Salma Hayek. It turns out to be a great combo and a very entertaining movie.

Penelope Cruz has won numerous awards for her work in films, including an Oscar for Best Supporting Actress, 3 Goya awards, 2 European Film Awards, a Best Actress Award at the Cannes Film Festival and a lot more.

Penelope Cruz remains very busy and active. She accepts film roles both in America and Europe. Penelope dated fellow movie star Tom Cruise for three years, their relationship ended in 2004. After that she began dating fellow Spaniard Javier Bardem in 2007. The two met while filming the movie Vicky Cristina Barcelona.

Javier and Penelope married in 2010 and have since welcomed two children, a son and a daughter. They still play in movies together.