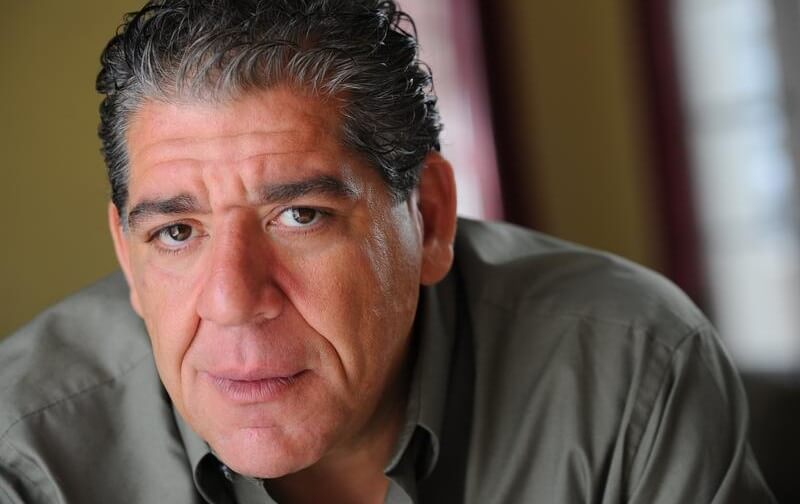 Joey Diaz is a Cuban-American actor and comedian. He has a net worth of 800,000 USD. Joey Diaz had roles in the television series My Name Is Earl and the films Taxi and The Longest Yard.

oey Diaz has an estimated net worth of $800 thousand. He has several sources of income. Besides acting, he earns some of his wealth with Stand-up comedy. He does a lot of performances and had some television series appearances as well.

Besides being a comedian himself, he’s also an assistant for many comedians. He has performed at both local and national venues. The earnings have in return helped him accumulate his current wealth. Diaz also hosts a podcast.

Joey Diaz was born on February 19, 1963 in Havana, Cuba.  In the 1970s, his family had relocated to the United States and settled in North Bergen, New Jersey. His mother used to run a bar and a successful numbers game operation. Joey was raised as a catholic when he was young. Diaz attended McKinley School and then North Bergen High School. At this school he won awards for performing arts. He graduated in 1982. Joey also has a sister.

Diaz’s father died when he was three years old and his mother died when he was 16. He found his mother dead in their home. Later, he was taken in by four families around North Bergen during his teenage years. He has credited more than twenty people who have helped him during this difficult childhood. His reckless nature got him in a lot of trouble and because of this, he moved from one home to another. During this time, he also began taking drugs and committing crimes. Diaz later told that his peers’ sense of humor greatly influenced his comedy career. He has used lines from his teacher at McKinley School in his act. Diaz was also influenced by albums by Richard Pryor.

In 1982, Diaz moved to Colorado. Later, he returned to New Jersey where he stayed for eighteen months again. He later called this time as “the worst 18 months of my life” and “the biggest mistake of my life”, as his cocaine abuse worsened.

In June 1985, Joey Diaz returned back to Colorado. He did a stint in prison in 1988, following his arrest for kidnapping and aggravated robbery. During his time in prison, Diaz would do stand-up performances for his fellow inmates during the weekly film screening event when the projector broke. After that, it took Diaz three years to try stand-up again, despite being often told of his talent. He later even called his entry into the line of work as “the last resort” (as he had many other jobs in the past).

In 1988, Diaz saw the film Punchline. Diaz responded to an advertisement for a $37 stand-up comedy course in the Rocky Mountain Post.  Before he did his first standup routine, he worked as a doorman at Wit’s End. Diaz performed his first routine on June 18, 1991. This took place at the Comedy Works in Denver at a show headlined by Matt Woods. He grew his comedian career from there and in the end was successful. Now, he has a net worth of close to $1 million dollars.