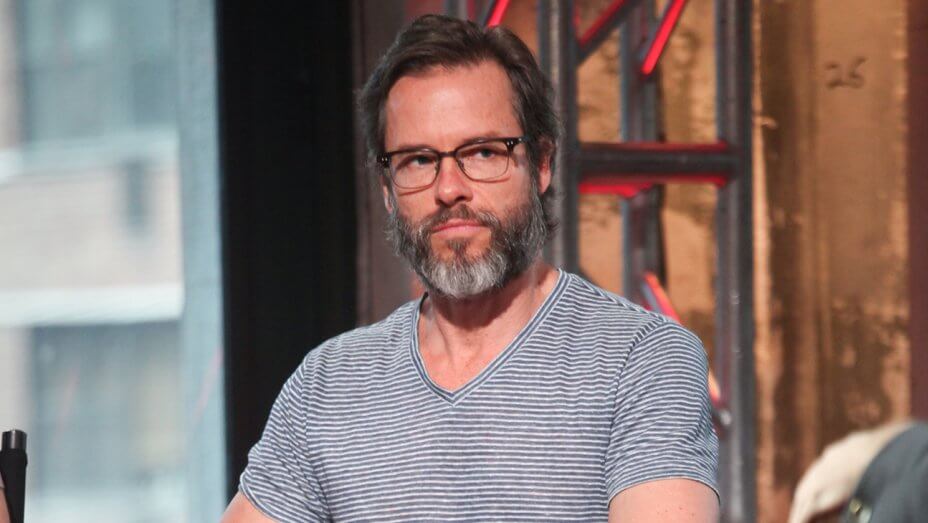 Guy Pearce net worth and salary: Guy Pearce is an Australian actor (born in England) who has a net worth of $16 million dollars. He grew up in Geelong, Australia. While in high school, he also began competing in bodybuilding.

Guy Pearce has a net worth of close to $16 million. This is mainly due to a great acting career. There’s not a lot of extra information available how he acquired his wealth.

Since he has played in a lot of international successful movies, we can conclude that most of his net worth is from acting.

His parents moved (back) to Geelong in Australia when he was three years old. His father, an air force pilot, died when Guy was nine years old. Pearce has always been interested in performing. He had a talent for imitating accents. When he was young, he played in various plays. In 1986 he received his first role for television in the soap opera Neighbors. In that serie he played the role of Mike Young until 1989.

His acting breakthrough happened when he was doing a role as a transvestite in The Adventures of Priscilla, Queen of the Desert in 1994. Outside of Australia he finally broke through with leading roles in L.A. Confidential (1997) and Memento (2000).

In August 2016, Pearce and his girlfriend, the actress Carice van Houten, became the parents of their first child.

Guy Pearce began his acting career in the theater while he was still in school. He played a college student in a college recruitment video as well in high school.

After that he appeared in a number of popular Australian television programs, including “Snowy River: The McGregor Saga”, “Neighbours” and “Home and Away”.

International attention happened in the mid-90s, and he has gone on to appear in a wide range of commercially successful films, including “The Adventures of Priscilla: Queen of the Desert”, “L.A. Confidential”, “Memento”, “Factory Girl” and the television miniseries “Mildred Pierce”, for which he won an Emmy.

He played the role of King Edward VIII in the movie The King’s Speech (2010) together with Colin Firth, who had the lead role of King George VI.

He also appeared in Prometheus, Lockout and Alien: Covenant.

”I don’t have many friends. Most of them are gay and I get on much better with women.” – Guy Pearce, about having friends.

”There’s many more films being made in America than there are in Australia. You make four hundred and fifty films a year, we make twenty-five.” – Guy Pearce, about movies.