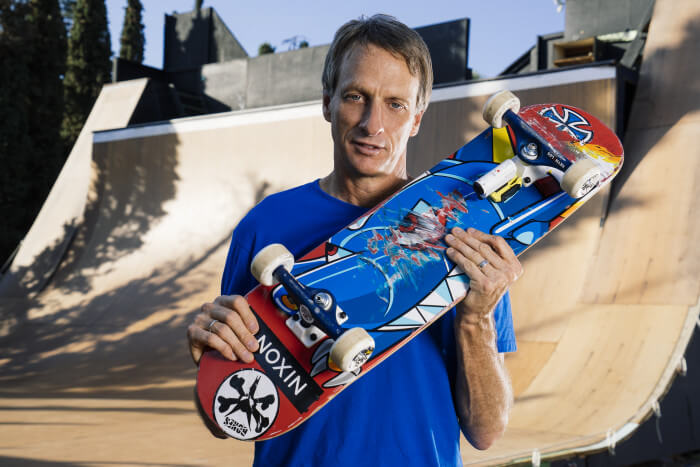 Tony Hawk is an American retired professional skateboarder and owner of skateboard company Birdhouse. Because of his video game titles with the same name, he’s probably the most well-known skateboarder in the world.

He is well known for completing the first documented 900. He is one of the most successful and influential pioneers of modern vertical skateboarding.

Tony Hawk has a net worth is currently $140 million dollars. His net worth shouldn’t come as a surprise to anyone. There are a mix of different products that have Hawk’s name on it, most notably the popular skateboarding video games ”Tony Hawk Pro Skater”.

He’s also a very successful entrepreneur and later started his very own skateboarding company called ”Birdhouse” in 1992. At that time, it was a big risk to start a skateboarding company. It wasn’t as popular as it was today. Fortunately, looking at his net worth, it all worked out for Tony Hawk.

Tony Hawk was born on May 12, 1968 in Carlsbad, California to Nancy and Frank Peter Rupert Hawk. He was actually raised in San Diego. As a child, Hawk was described as “hyperactive”.

Hawk attented Jean Farm Middle School from 1980 to 1981. His parents always supported his skateboarding because it served as an outlet for all his excessive energy. Soon everyone realized the talent that he had for skateboarding. He became a professional skateboarder at age fourteen, and was the National Skateboard Association world champion for twelve consecutive years. These statistics probably say enough for what a talent he was.

Everyone that’s a little interested in skateboarding has heard of the name Tony Hawk. His name is a strong brand now. His net worth has soared over the years and he’s now worth over 100 million dollars. He is the perfect example that if you love what you do, no matter what it is, you can make it work.