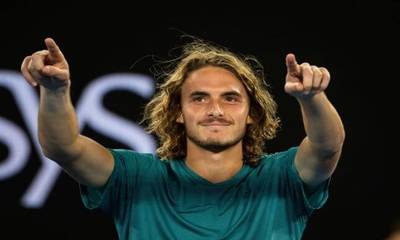 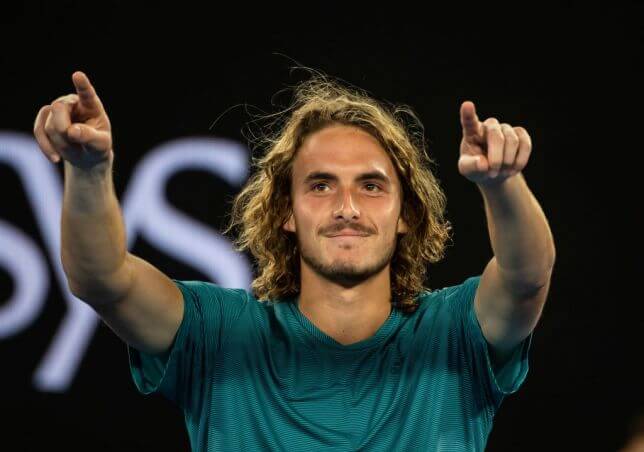 I believe this is going to be one of the rising stars in tennis. After Federer, Djokovic and Nadal retire, he’s not going to have a lot of competition I believe.

His income is further enhanced through sponsorships and endorsements with the likes of Adidas and Rolex (he became a brand ambassador for Adidas, and later got a deal with Rolex in 2018). Before these deals he has also worked for a social welfare brand and an investment service brand.

In 2019, Stefanos played his first tournament at the Hopman cup with Maria Sakkari but ended up losing against Great Britain. He did win against the United States and Switzerland. Stefanos has had a very remarkable 2019. 6 months in 2019, he already won $2,700,620 USD in price money. This is very remarkable, since he turned pro in 2016, and this year winnings amount already for 50% of his total winnings. He also reached the semi-finals of the Australian Open in 2019. Later that year, he played a pretty bad Wimbledon tournament, losing against Italian pro Thomas Fabbiano in the very first round.

A fairly accurate estimate is that his current net worth is around $7 million dollars.

Stefanos Tsitsipas has never disclosed anything about his private life or a possible girlfriend. There have been some rumors that Maria Sakkari might be his new girlfriend, but nothing has been confirmed here.

Apparently something is happening besides tennis, and we will most likely hear about more news in the future.

There’s no doubt that we will hear more about this fantastic Greek tennis player. This 20-year old tennis player is breaking record after record. Follow this page to learn more about his progress. One thing we can tell you for sure, you won’t be disappointed.