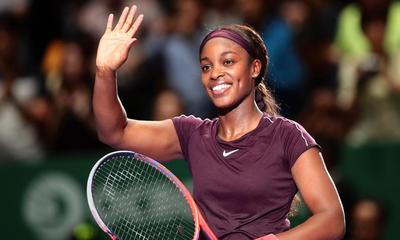 Net worth of Sloane Stephens (Explained in Detail)

Sloane Stephens Net Worth is $15 million USD. She earns an annual income of around $4 million dollars, depending how well she plays in various tennis tournaments.

She also earns money through endorsements. She has been seen promoting Precision Nutrition and Under Armour. She was also an American Express Global Ambassador.

Recently, at Wimbledon 2019 Grand Slam, she lost in the 3th round against Johanna Konta, a British pro tennis player.

In the past, Stephens has been tipped by many to be the next American star after Serena Williams. The Florida native has had an impressive resume of winning the 2017 US Open (by defeating Madison Keys). This is currently her only Grand Slam Victory. She got close again the next year, reaching the final of the 2018 French Open, but she lost the final against Romanian tennis star Simona Halep.

Sloane Stephens got engaged with Jozy Altidore, a professional soccer player, on 29th of April 2019. In the years 2013 and 2014, she was dating Jack Sock, a fellow tennis star.