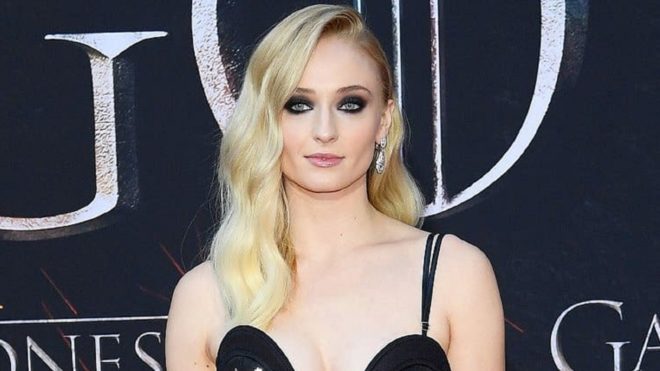 Sophie Turner is an English actress. She is best known for playing the role of Sansa Stark on the TV series Game of Thrones. Sophas a net worth of $8 million.

Net Worth of Sophie Turner

As of 2020, Sophie Turner has an estimated net worth of $8 million dollars. She made the majority of her wealth because of her great acting.

Her most famous role is that of Sansa Stark in the “Game of Thrones” TV series. According to a 2017 Variety report, it’s reported that she earns $175,000 an episode. Actors such as Peter Dinklage and Emilia Clarke were making $500,000 an episode (the last 2 seasons), so she wasn’t the highest paid actress of the series.

Sophie Turner was born on February 21, 1996 in Northampton, England. She moved to Warwick when she was only two years old. She’s also friends with fellow actress Maisie Williams, who plays her sister in Game of Thrones. They met at the auditions of the series.

She also adopted the dog Zunni (after season 1), who plays Lady, her Game of Thrones direwolf. Sophie Turner married singer Joe Jonas in May 2019. In November 2019 the couple also spent $14.1 million on a house in Encino, California.

Sophie Turner started acting at a very young age. At the age of 3, she became a member of the Playbox Theatre Company. Turner’s first, and best-known high profile, role has been as Sansa Stark on the HBO drama television series Game of Thrones. She appeared in 59 episodes, starting from its debut in 2011 until its finale in 2019.

Other notable movies that she starred in include Barely Lethal, X-Men Apocalypse and Dark Phoenix.

Sophie Turner also won some prestigious awards. Here are the main awards that she has won over the years.

Sophie Turner increased her net worth to millions of dollars thanks to her important role in the Game of Thrones series. The series had a very big success with the public and all major actors of the show are paid extremely well.