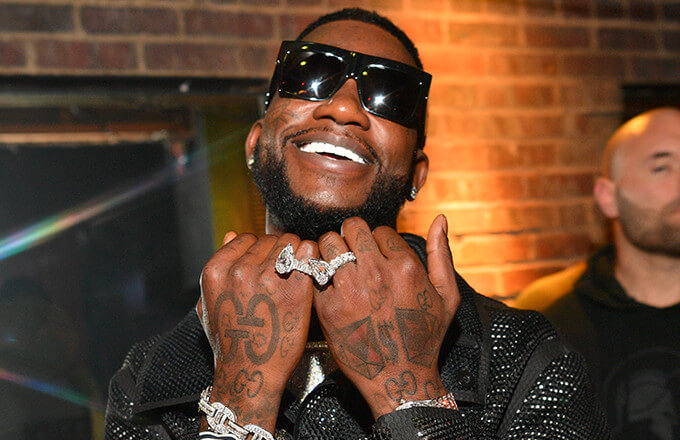 Gucci Mane is an American rapper with an impressive net worth of $18 million. Also, he performed as an artist and actor while he continually gets involved in several creative activities.

Gucci Mane’s music passion came to life when he was 14 years old. He started rapping at home and on the streets. His lyrics were inspired by his daily difficulties and he was proud on that. Mane had several issues with law enforcement and at some point, decided to publish ‘La Flare’’ on Str8 Drop Records. It became quite popular throughout Alabama. In 2001, that first success encouraged Mane to start his record label, LaFlare Entertainment.

Mane got a lot of attention due to his unique rapping style. In 2005, he released his debut record ‘‘Trap House’, which was soon considered quite successful despite being a production of an independent rapper. Gucci Mane collaborated with several prominent artists and created a couple of singles. He released mixed tapes, as an incentive for the official album release ‘Back to the Trap House’’ in 2007.

It was the year when Gucci Mane’s career changed forever. He was so successful in the music industry that he eventually managed to launch 12 different albums. All these productions had at least one single ranked high on music charts. Moreover, the 2017 studio album ‘El Gato: The Human Glacier’’ was a global success, followed closely by the album ‘Drop Top Wop’ done in collaboration with Metro Boomin. 2018 was the year in which Gucci Mane gained his place as one of the most popular independent rappers worldwide. The album ‘Evil genius’’ got so much attention that several songs maintained a high position on the Billboards.

Gucci Mane’s music got him commercial and financial success. He received and won several awards for his work and contribution to the music industry. So, as a renowned rapper, Mane’s net worth is closely linked to his music productions, record sales, downloads, and even tickets for live performances.

Of course, Mane has several other revenue sources. He had his debut as an actor in 2007, and he participated in a couple of movies, mostly impersonating himself. In 2013 he played the role of Archie in ‘Spring Breakers’’ and in 2015, he had a role in ‘‘The Spot’.

Mane has his own clothing range called ‘‘Delantic”. It was designed in 2016 and it features hoodies, T-shirts, and underwear. Additionally, he has extra income that he receives from the self-written and self-published autobiography ‘The Autobiography of Gucci Mane’’. Neil Martinez Belkin helped him, and the book was a huge success. As a New York Times bestseller, it is safe to assume there is a significant revenue coming from this.

Other assets that contribute to Gucci Mane’s net worth and fortune include the mansion he owns in Atlanta. It is estimated to have a value of $9 million. Also, he holds another property in Florida with a value of around $25 million. Also, Mane owns two Rolls Royce, which costs him $700,000. He is the owner of a Ferrari 458 Italia, a Lamborghini Gallardo, A Bentley Mulsanne, A Dodge Charger, and a Challenger.

Close friends say Mane has an outstanding jewelry collection with a value of $3 million.

Radric Delantic Davis (better known as rapper ”Gucci Mane”) was born in 1980 in Alabama, US. He comes from a troubled family, and he constantly moved together with his mother throughout the US. Even though he had good grades in school, he soon turned his attention towards dealing drugs and selling cannabis with his older brother. All the time he spent in school was revolved around selling and using drugs. It wasn’t long before Gucci Mane got kicked out of school, after an undercover cop caught him with cocaine. Mane was sentenced to 90 days in jail, followed by a probation period.

Later, he decided to concentrate on his music career, but Mane was still getting himself in trouble. In 2013, he was arrested after he smashed a bottle on the head of a fan who requested a photo with him. This aggravated the existing assault charges that he received in 2005 after crushing a concert promoter’s skull with a pool stick. After the 2005 incident, Gucci served six months in jail and was sentenced to 6 and a half years of probation. So, with this previous history, the 2013 event was quite bad for him.

Also, in 2005, Mane managed to get himself an official murder charge. While he enjoyed himself in a stripper club, several men dressed in black assaulted him. The altercation led to the death of one of the attackers, but it is still uncertain why the body lay hidden in the nearby woods. Anyhow, Gucci Mane was cleared of all murder charges due to a lack of evidence. Besides this, in 2011, he approached a lady and invited her to breakfast. But soon changed his mind and asked her for sex in exchange for $150. When the woman refused, he threw her out his moving vehicle. For this, Gucci Mane was sentenced to six months in jail.

So, to sum up, Mane has over 19 arrests and two aggravated assault charges on his record. Since 2016, he stopped these illegal activities, as soon as he married Keyshia Ka’oir. When Mane went through probationary confinement at home, she helped him get back on track. The two got married, and the event was hosted in a TV reality show named ‘Gucci Mane and Keyshia Ka’oir: The Mane Event’’. The show was very popular with the public. Specialists say that the wedding cost was $1.7 million.

Close friends say the two love each other, and their relationship wasn’t based on money. But soon after their engagement, Mane funded her businesses and lavished her with several expensive pieces of jewelry.

In his autobiography, Gucci Mane mentioned he has a son that he wasn’t aware of. The boy was born back in 2007, so it might be the result of one of Mane’s adventurous events.