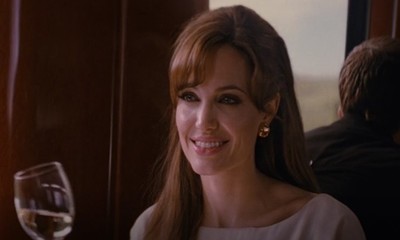 Angelina Jolie is one of Hollywood’s favorite stars, and of course she gets paid what she’s worth. Her current net worth is about 141 million dollars.

Net worth of Angelina Jolie(Explained in Detail)

A famous actress like Angelina Jolie definitely has a net worth that matches her popularity. Angelina Jolie’s net worth is currently $141 million. It should also be noted that between August 2017 and August 2018, Angelina earned $28 million from salary and endorsements which made her the second highest-paid actress on the planet. She’s doing very well for herself.

Angelina Jolie was born on the 4th of June 1975 in Los Angeles, California. She’s the daughter to actor Jon Voight and actress Marcheline Bertrand.

In her early teenage years, she attended Lee Strasberg Theater Institute. She later also attended New York University. She began acting at a young age and rose to stardom in the 1990s.

Angelina Jolie became a popular actress in the 1990’s. Her first leading role in a film came in the 1993 sci-fi thriller ‘’Cyborg 2’’. This was followed later by the movie ‘’Hackers’’ in 1995. In 1998, she gave an amazing performance in the movie ‘’Gia’’ (a movie based on the life of Model Gia Maria Carangi). Later, she won the best actress Golden Globe award for her performance in that movie. This was her second Golden Globe, the first she received with the biopic George Wallace.

Thanks to Jolie’s diversity to play in different style of movies, she was soon seen in a lot of action related movies. You probably know movies like the Lara Croft franchise and Mr. and Mrs. Smith. She’s also a voice actress for animations like Shark Tale and Kung-Fu Panda.

As diverse Jolie is, she soon began directing movies as well. In 2011 her directorial debut started with ‘’In the Land of Blood and Honey’’ and ‘’Unbroken’’. The film ‘’Unbroken’’ was based on the bestselling Laura Hillenbrand book of the same name and earned over $163 million worldwide.

Angelina Jolie is currently not seeing anyone. She used to be married to actor Brad Pitt from 2014 until 2016. She is currently divorced.

As part of that bitter divorce battle, Angelina claimed to be cash-strapped in August 2018 and demanded more financial support from Brad Pitt. When they married in 2014, both Jolie and Pit decided to marry without a prenup. This was because both had a net worth that exceeds $100 million, so probably neither thought it was really necessary.

“I like someone who is a little crazy but coming from a good place. I think scars are sexy because it means you made a mistake that led to a mess.”

‘’Make bold choices and make mistakes. It’s all those things that add up to the person you become.’’

‘’I think if you make a good movie, people walk away arguing.’’

What are the highest grossing movies of Angelina Jolie?