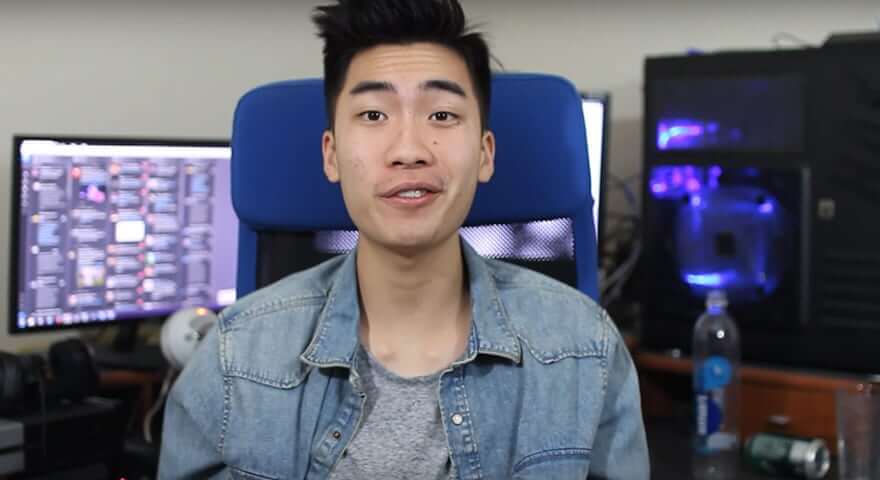 Bryan Quang Le, most commonly known as RiceGum, is a famous American YouTuber of Vietnamese and Chinese descent. He currently has over 10 million subscribers and over 1 billion views on his YouTube channel. With numbers like these, it’s no surprise that he has a net worth of $10 million dollars. Besides YouTube, he’s also a rapper. These videos can be seen on his channel as well.

Net Worth & Salary of Ricegum

Ricegum’s net worth is currently around $10 million dollars. He currently earns almost $1.5 million annually. Most of his income comes from YouTube ad revenue and sponsorships.

Ricegum also sells his own T-Shirts and merchandise online to increase his revenues. Take a look at his Ryce Merch here to see what exactly he’s selling.

RiceGum (real name: Bryan Quang Le) was born on the 19th of November, 1996, in Las Vegas, Nevada. His parents are both Vietnamese and they migrated to the United States.

Ricegum left his studies in 2016, to focus his attention on his YouTube channel. He attended the University of Nevada in 2015 and left one year later in 2016. According to Ricegum, his mother wanted to make him a doctor. Clearly this wasn’t what he wanted to do with his life.

In October 2012, RiceGum created his YouTube and Twitter accounts. Initially, he uploaded gaming videos of himself playing Call of Duty. That same year, he already started a partnership with Machinima. Although Ricegum was a gaming YouTuber from the start (just like Jacksepticeye and KSI), he later shifted focus on his channel. He decided to do comedy videos.

When he moved to comedy, he started to rant on about the kids producing videos for the app musical.ly. Of course, RiceGum also uploads music videos, as he is a successful rapper. RiceGum’s rapping consists largely of diss tracks, where he would diss other famous YouTubers. One of his diss tracks even made it to number #80 on the Billboard Hot 100. This makes him one of the only YouTubers to reach the Billboard Hot 100, next to Jake Paul.

His start and success on YouTube did come from his gaming fans. Because of them, he was able to grow his channel fast. Ricegum is a perfect example that it is always worth it to diversify. His net worth has been going up consistently with that realization and he is doing very well for himself.

Who is Ricegum currently dating?

Ricegum is currently single but has been in a couple of relationships. In 2017, it was rumored he started dating Chantal Jeffries (May to July 2017). Later that same year, he also was in a romantic relationship with Sommer Ray.

One of Ricegum’s latest relationships was in November 2019. Online news stated that he officially broke up with his now ex-girlfriend Abby Rao.

There are a lot of people that thought Ricegum was gay in the past. There are a bunch of videos online with the title ”Is Ricegum gay?” But, in his own videos, he has rejected this many times. So this was just a rumor that went viral.

Conclusion on Ricegum’s Net Worth

Ricegum is a very fаmоuѕ Yоutubеr. His net worth is very likely to increase over the next couple of years as he is getting more and more exposure. He has a total net worth of $10 million. Thousands of new subscribers are subscribing to his channel every single day.