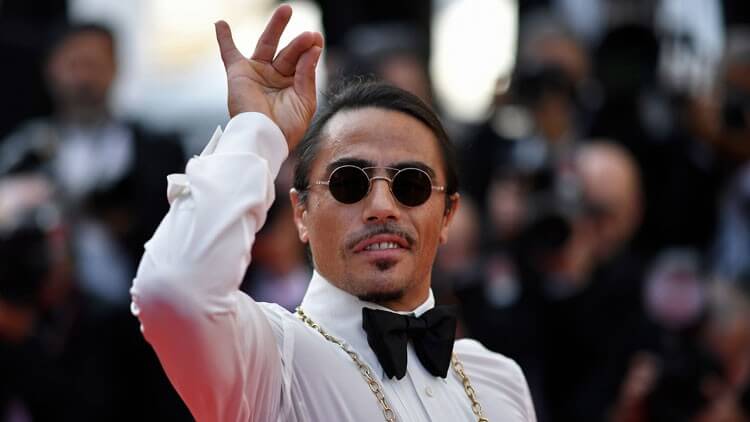 Salt Bae (real name is Nusret Gökçe) is a Turkish chef who has a net worth of around $30 million. His net worth will likely change over the years as his restaurant chain had some troubles repaying debts in 2019. He went viral on 7 January 2017 after posting a video called ”Ottoman Steak” on his restaurant’s Twitter account.

Nusret Gökçe was born 1983 in Erzurum, Turkey, to a Turkish family. His father was working as a mineworker. Finances were very tight when he was a kid. He was forced to leave school in the 6th grade to work as a butcher’s apprentice in the Kadıköy district of Istanbul.

Gökçe has also been involved with a lot of charities. One example includes how he built a mosque in his hometown of Erzurum.

We estimate that Salt Bae currently has a net worth of $30 million.

Nusret Gökçe always wanted to own his own eatery. He refused to give up his dream, and finally opened his own place when he was 27 years old. Even though it was only a small eatery with 8 tables, he had 10 people working for him at that time.

He traveled a lot to learn from the best. His dream was to become one of the best gourmet chefs in the world. 7th of January 2017 was a very special day for him. His video where he seasoned a steak with salt (in a very sensational way) went viral. He was given the nickname ”Salt Bae”, got investors on board and expanded his restaurant all over the world in the next couple of years.

He’s particular famous among soccer players. Famous soccer players like Lionel Messi and Cristiano Ronaldo have been spotted at one of his grill houses before.