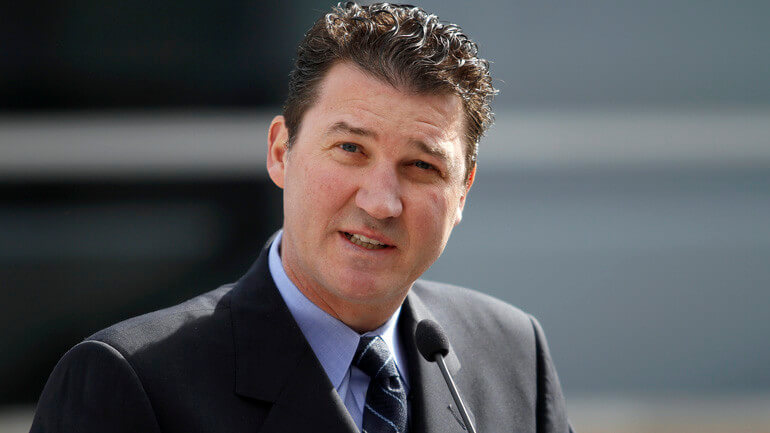 Mario Lemieux is a Canadian former professional hockey player. He is currently the owner of the Pittsburgh Penguins.

As of 2020, Mario Lemieux net worth is $150 Million dollars. Lemieux is widely known of being one of the best hockey players of all time. During his career he acquired some nicknames such as “Super Mario”, “The Magnificent One” and “Le Magnifique”.

As of 2020, Mario Lemieux has a net worth of $150 Million dollars. This was mainly acquired thanks to his successful hockey career for the Pittsburgh Penguins. He is currently also co-owner of that same club.

Mario Lemieux was born on October 5th, 1965 in Montreal, Canada. His mother Pierrette was a stay-at-home mom and his father Jean-Guy Lemieux, an engineer. Together with his 2 older brothers, Alain and Richard, they grew up in a working class family in the Ville-Émard district.

Mario began practicing hockey at age three in his basement. They didn’t have real equipment to practice with. He and his brothers used wooden kitchen spoons as hockey sticks and bottle caps as pucks.

Later, his father created a rink on the front lawn. Because of this, the boys could practice as much as possible. There’s also a family legend that says that the family sometimes packed snow on the living room carpet. This made it possible for the kids to practice indoors when it was dark.

Mario Lemieux had a very impressive career. He started his career in 1984 with the Pittsburgh Penguins, which at that time was the worst club in the NHL. Thanks to his hard work together with his teammates, he won the Stanley Cup in both 1991 and 1992. Over the years, he received many individual prizes and as grown into a legend in the sport.

In 1993, Lemieux overcame cancer and was able to continue his career, but in 1997 he was forced to retire due to serious back pain. In the year 2000, he made his comeback, but after some heart rhythm problems in 2006 he was forced to stop again at the age of 40.

It’s very remarkable that Mario scored his first goal immediately when he came off the bench with his first shot in his first shift. This happened in October 11, 1984 against the Boston Bruins. Although the Boston Bruins won that game, it was the start of the career of one of the greatest hockey players ever.

At his farewell on April 26, 1997, he scored during his last shift in his last game and also had an assist in the lost game against the Philadelphia Flyers. His very last game was on December 16, 2005 against the Buffalo Sabers. He didn’t score in that game, but he was good for an assist.

Mario Lemieux has some very impressive stats to say the least. In total, Lemieux scored 690 times and had 1033 assists during 915 games in his NHL career (of these he played 107 in a play-off context, in which he scored 76 times and had 96 assists).

At the 2002 Winter Olympics in Salt Lake City, Mario won the gold medal together with Canada. Today, he is co-owner of the Pittsburgh Penguins and takes care of the new superstar Sidney Crosby during the season.

It will be very hard to find another player that can be measured on the same level as Mario Lemieux. He was really one of the greatest hockey players. His net worth of $150 million is definitely justifiable if we see what he accomplished with the Pittsburgh Penguins.