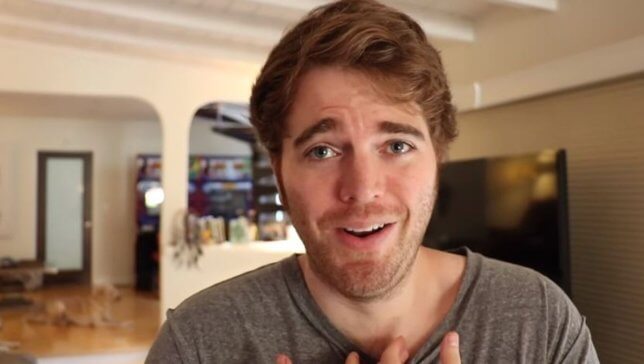 Shane Dawson is an American YouTube personality. He is also an actor, a musician, and a comedian. He started his YouTube channel when he was 19 and today is amongst the most important YouTubers on the planet. His net worth for 2019 is an impressive $12 million.

Shane Dawson’s revenue comes mostly from his YouTube channel. The actual account Shane is using was created in 2005 by someone else. Dawson requested it from YouTube in 2009, and since then, it became viral in the online medium. He gets up to $2.3 million per year, with an average of 1.6 million views each day from the content shared on his channels. Up until today, Dawson has over 4.9 billion views and 21 million+ subscribers. Dawson attracts his subscribers with content related to conspiracy theories, reaction videos, or videos featuring other online stars.

Besides, he has two other YouTube channels that add excellent revenue to his fortune. ‘Shane Dawson TV’ and ‘Human Emoji’. Both are inactive in 2019, but they still managed to gain more than 1 million viewers.
His fortune receives revenue from Shane Dawson’s activity as a writer, too. He published two New York Times best-selling books, and he is the creator of the tv show ‘Shane, The Mind of Jake Paul and Shane Dawson TV’.
Dawson’s musical and acting career added to his net worth. He appeared in ‘The Palin Family’, ‘Smiley’, ‘Not Cool’, ‘The Laundry’, and ‘Escape Night.’ On his YouTube channels, he shared with his audience a couple of personal music videos that soon after became a hit. ‘The Vacation Song’ or ‘This Christmas Life’ were shared and listened to by millions of subscribers.

Some believe he invested a lot of his revenue in real estate and other goods. His impressive house in Calabasas, California, had a price of $1.699 million. It is a mansion constructed in around 2,264 square feet, featuring three bedrooms and four bathrooms. Dawson has another house in LA Studio City, but he recently put it up for sale for $1.7 million.

Shane Dawson satisfies his every desire, which is why he also has a beautiful car collection. The most notable acquisition is the pink Mercedes Benz G63 that costs more than $140,000. He shared with his fans pictures of his royal blue Wrangler Rubicon with a market value between $38,000 and $41,000.

Shane Lee Yaw Dawson was born in 1988 in Long Beach, California. He had a difficult start in life, and during high school, he was mentally and physically abused by his alcoholic father. He has two brothers, Jacob and Jerid.

Since he started this career in vlogging, Shane Dawson was entirely private about his personal life. He confirmed back in 2015 in a YouTube video that he was indeed bisexual. He dated several ladies, including a popular Canadian vlogger, Nadine Sykora, and Lisa Schwartz.

In 2017 he publicly announced he was dating social media star Garret Watts, but the romance ended quickly. As for today, Shane Dawson got engaged with his boyfriend, Ryland Adams. The announcement was made on Twitter, where Dawson underlined that their great relationship started with a great friendship.