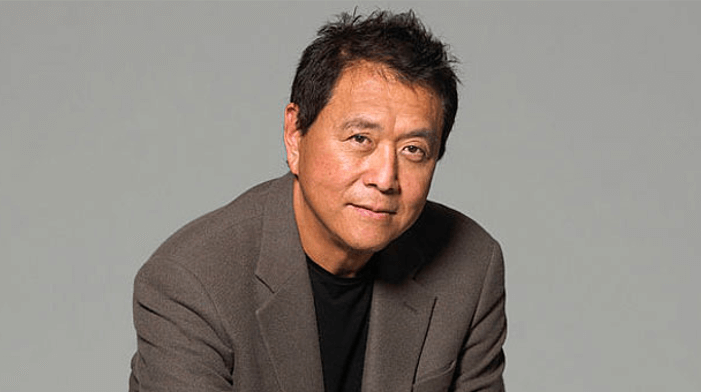 Robert Toru Kiyosaki is an American businessman, author and motivational speaker. Most people know him thanks to his best-selling book ”Rich Dad, Poor Dad”. He’s also the creator of financial board games, like the Cashflow game, to educate children and adults business and financial concepts.

Net Worth of Robert Kiyosaki

Robert Kiyosaki has an impressive net worth of $100 million dollars. He’s a very successful financial author and has build a strong authority in the financial advice industry.

Most of his revenue comes from seminars organized by other individuals who pay him to use the Rich Dad brand name for marketing reasons. These people are called franchisees and pay a royalty to Kiyosaki to use his brand.

Kiyosaki also has three younger siblings – sisters Emi and Beth, and his brother John. He attended Hilo High School and graduated in 1965. He has received congressional nominations from Senator Daniel K. Inouye for the U.S. Naval Academy and the U.S. Merchant Marine Academy.

He attended US Merchant Marine Academy in New York and in 1969 he graduated as a deck officer with a Bachelor of Science degree and a commission as a 2nd Lt. in the U.S. Marine Corps.

After college, Kiyosaki took a job with Standard Oil’s tanker office as a third mate. After a period of 6 months, he resigned to join the Marine Corps (serving as a helicopter gunship pilot during the Vietnam War in 1972). Here he was awarded an Air Medal.

Later, Kiyosaki also started a retail business that made T-shirts, hats, bags and wallets for heavy metal rock bands. In 1980, that company went bankrupt. 5 years later, he co-founded another company, called the Excellerated Learning Institute, a business education company teaching entrepreneurship, investing, and social responsibility. It was around this time that he married his second wife, Kim. In 1994, Kiyosaki sold the education company.

In 1992, Kiyosaki published his first book, If You Want to Be Rich and Happy, Don’t Go To School. In that book, he encouraged parents not to send their children to college and instead to enter the real estate business. It was a very controversial book at that time, and it can still be applied to this day (especially these days, when student loans are getting more expensive).

In 1997, Kiyosaki launched Cashflow Technologies, Inc. This was a financial education company that owns the Rich Dad and Cashflow brands. Kiyosaki partnered with Amway to promote his book.

Kiyosaki is married to Kim Kiyosaki. Since 1994, the Kiyosaki family lives in Phoenix, Arizona. It’s also known that the Kiyosakis supported and endorsed candidate Donald Trump for the 2016 Presidential elections.

Robert Kiyosaki is a very talented business man. As of 2020, he has a net worth of $100 million dollars.  He is very popular for his series of books called ‘Rich Dad Poor Dad’.