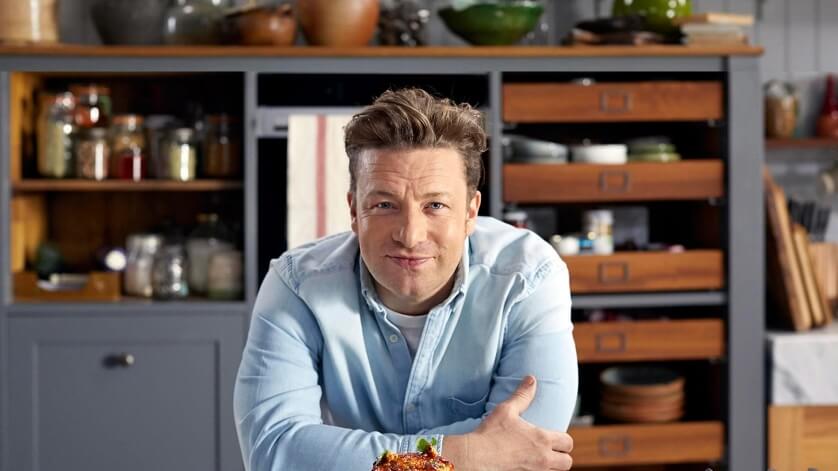 Jamie Oliver is one of the top five wealthiest chefs in the world. This British chef has an impressive culinary career with an estimated net in 2020 worth of $300 million.

Jamie Oliver gets his impressive fortune from selling cookbooks and managing his restaurants. He sold more than 40 million books on the globe, and he is one of the most important promoters of healthy eating habits. Also, he gets additional income from tv shows and his YouTube channel. The Jamie Oliver Restaurant Group had a huge success until the collapse in 2019. His restaurants lost $25 million in 2017.

Jamie Oliver owns a house in Essex, which is estimated at a total value of $16 million. Besides this, Oliver gets additional revenue sources from his personal cookware distributed all over the globe. Also, his website and social media accounts offer significant income for him and his family. Oliver’s tv appearances and tours make him one of the most appraised and well-paid chefs nowadays.

James Trevor Oliver was born in May 1975 in Essex, England. His parents owned a pub in the area, which was the starting point for Jamie Oliver’s culinary career. This pub was the place where Oliver discovered and improved his cooking skills. Although he managed to become a successful entrepreneur and chef, he left school at 16. He attended Westminster Technical College, then earned a City & Guilds National Vocational Qualification (NVQ) in home economics.

Oliver is married to Juliette Norton, the one who helped him keep his career on track. They have five children together, living a private life. Anyhow, it is known that Jamie Oliver has severe dyslexia, which made him feel awkward his entire life.

As mentioned above, Jamie Oliver grew surrounded by the art of cooking. And his first important job was as the head pastry chef at an Italian restaurant, The Neal Street Restaurant. This is one of the most popular and exclusive restaurants in England, which is why it kickstarted his career. After this job, he joined the River Café for almost four years. But he became of public interest shortly after his appearance in the documentary for Christmas at The River Café.

This success led to his idea to share his skills and insights with others. Hence, Jamie’s Kitchen tv show appeared on the market. Here he committed to training 15 young people as chefs during these-called Fifteen programs. Furthermore, he managed to write a wide array of books, such as Jamie’s Thirty Minutes Meals, Happy Days with the Naked Chef, or Jamie at Home. And his TED Talk won the 2010 TED Prize, as he advocated for healthy eating and qualitative foods. Jamie Oliver was awarded a Member of the Order of the British Empire award in 2003. And he was ranked by a UK-based company as number two in the list of 100 most Influential Business Entrepreneurs. Also, as for today, Jamie Oliver is perceived as one of the most influential individuals in the UK Hospitality and cooking industry.