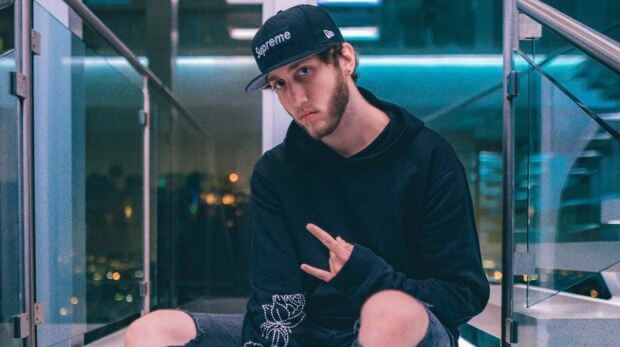 Faze Banks is a popular YouTuber, co-owner of Faze Clan and an owner of Clout Gang. Banks has accumulated an impressive net worth since he started to do YouTube and other online ventures. Faze Banks currently has a net worth of $12 million.

Net Worth of Faze Banks

This net worth is of course an estimation, since it’s hard to know the exact number without seeing his YouTube dashboard. Besides YouTube, he also earns considerable revenue from FaZe Clan (where he also sells merhandise) and Clout Gang.

Faze Banks is also good friends with other YouTubers. He was gifted a $500,000 worth Lamborghini from RiceGum. RiceGum made a video about it that you can see here.

Faze Banks lives in the Clout House, which is a multi-million dollar mansion situated in the Hollywood Hills in LA. In this house he lives together with other YouTubers and social media stars such as Rice Gum, Teawap and FazeKay.

Richard Bengtson (better known under his online name ”Faze Banks”) was born in Lawrence, Massachusetts. There he was raised until he was 7 years old. Later his family decided to move to the town of Lowell, MA. When Banks was a kid he was known for being a prankster and troublemaker with his friends. Banks attended Lowell High School and successfully graduated in 2010.

DurIt was during this time in High school, when Banks got into online gaming, playing Halo 3 on Xbox Live which he developed skills in gaming, hilarious trash-talking in lobbies and more.

In 2011, Banks started his YouTube Channel named in 2011 BanksMakesBank. At that time, he was getting views on his channel by posting skillful trick shots and killcams from games like Call of Duty.

After that Banks started out by joining SoAr Clan. He was very motivated being part of a clan, and as a result he quickly rose up the ranks of Soar Sniping. In the end he even became one of the co-owners of SoAr Sniping. He helped manage and grow the clan, recruiting new members and producing content that received a lot of views on YouTube.

In 2013, Banks joined Faze Clan. At the time of joining this clan, he was mainly playing games like CS:GO and Black Ops 2, 3. He quickly became great friends with Faze Temper and Faze Apex. After they recognized his good leadership and management skills, he also became a co-owner of Faze Clan.

Clout Gang was co-founded by RiceGum and Banks in response to Jake Pauls Team 10. Clout Gang is a social media incubator. It’s a great opportunity for social media stars to get them brad deals, new opportunities and help them grow their channel and followers.

Faze Banks net worth already is impressive and we are sure this is only going to grow further. Of course, Wolf of Wealth will update this article when his net worth changes.