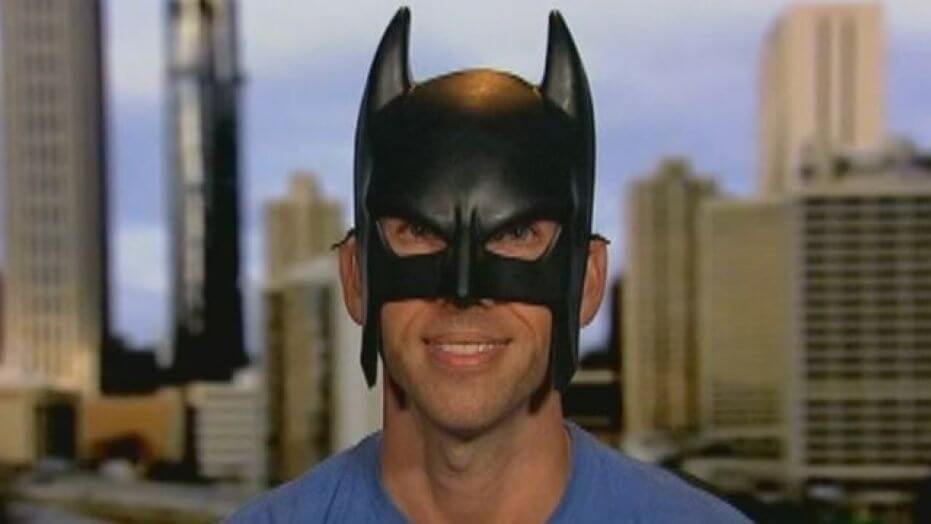 BatDad (real name Blake Wilson) is a trending American YouTuber and social-media influencer. He is best known for creating videos dressed as ”Batman.”

Blake’s videos are very popular since it makes daily chores funny. BatDad makes video helping his children with day-to-day activities like going to school, eating vegetables, and dressing up. All dressed up as ”BatDad”.

BatDad has a net worth of $300,000. Most of his (online) net worth was made by making popular YouTube videos wearing a batman mask. Blake has said that this 10$ mask was the best investment he has ever made in his life.

In his videos, he speaks to his children with a strong ”batman-like” voice. Initially, he began making videos on ‘Vine.’ But after the application was taken down, he started making videos for his YouTube channel.

Thanks to his millions of followers on Vine, his YouTube channel grew very quickly. .The compilations on his channel, too, have millions of “views.” BatDad’s wife also features in his videos.

BatDad (real name: Blake Wilson) was born in Georgia on December 20th, 1983. He used to live with his family in Roswell, Georgia. Recently he has been divorced and it’s said that he moved to Florida. BatDad also owns a ‘Chevrolet Tahoe.’

Being a father, he chose parenting as the theme for his videos. He is an expert in making daily mundane tasks interesting. He stated before that he isn’t given advice to other parents, but is doing this to entertain.

Blake Wilson started creating YouTube videos on September 2013. Before that he was making similar videos on the Vine platform.  He posted his first three “Vines” only a month earlier on August 1, 2013.

BatDad was married to Jen Wilson. She is featured in many of his videos and has become a main character. Blake was always sneaking up on her, when she was in he bathroom, laundry room or any other place she was working at.

On March 4, 2019, he confirmed on Instagram that he and Jen had separated. Blake moved to Florida as well. Even though they have split, the duo appears amicable. The couple also has four children, named, Ben, Sierra, Taylor, and Kaya.